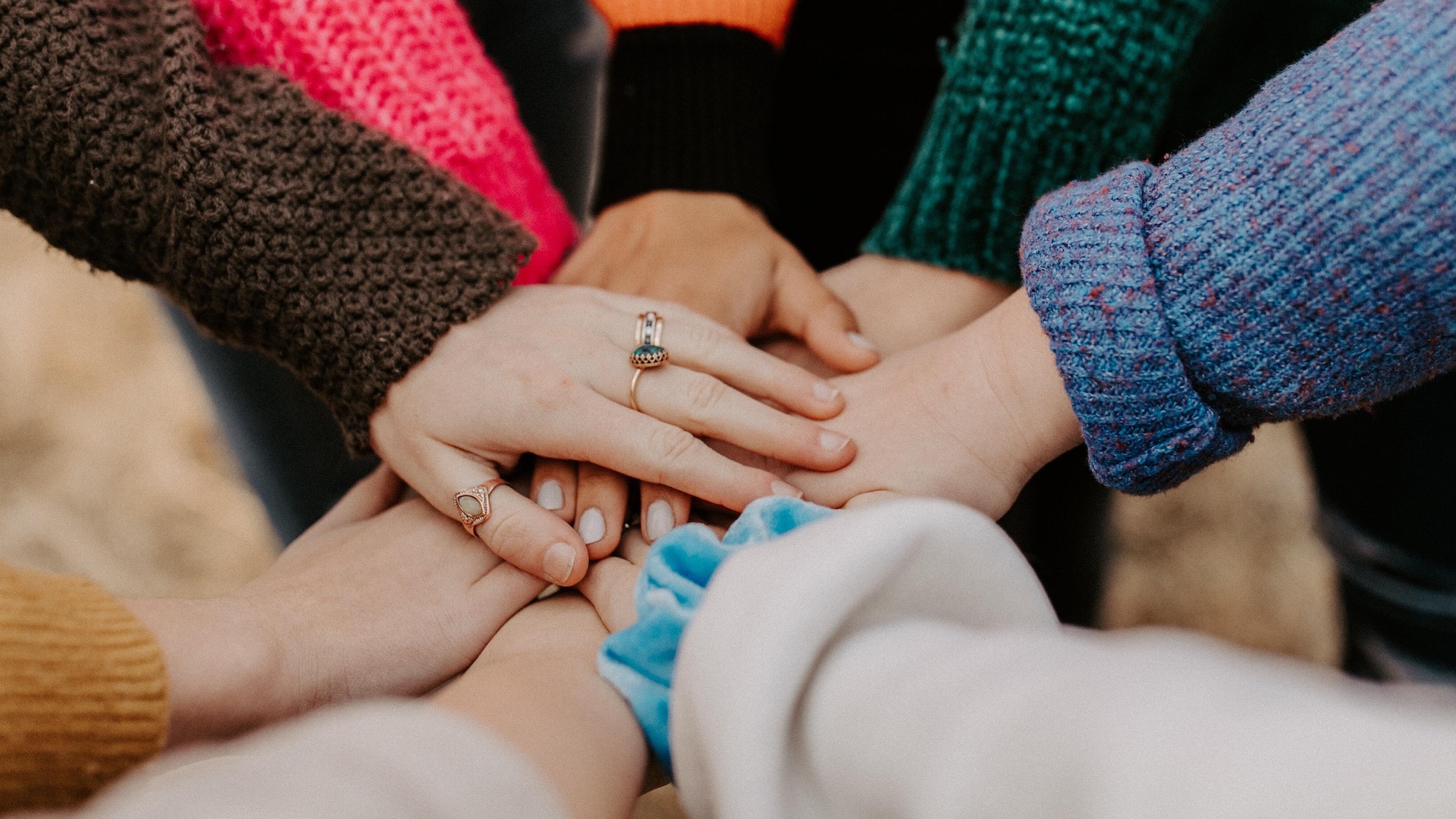 It Takes a Village

The following article is authored by Lee Allen and is reprinted with permission from ACRES magazine in July, 2015.

I'm at the end of a dead-end road. The only sound to be heard is that of silence. The only thing to be seen is beauty all around me. I've arrived at Avalon Organic Gardens & Ecovillage, nestled in the Santa Cruz River Valley of southern Arizona.

It's an appropriate home for this faith-based farm because of its long history of agriculture and farming. Once a mission site was close to where today's gardens are being tended, a contemporary extension of soil that has been farmed for centuries.

It hasn't been easy, according to farm manager Tarenta Baldeschi. What he found when they left his previous farm location in Sedona, Arizona, and began to till topsoil in Tumacacori in 2007, was that there wasn't any topsoil. A fertile field of Bermuda grass had sprung up when the previous owners kept the property as a horse ranch.

"We met with local residents who expressed skepticism of our plans to farm ... that the Bermuda had taken over, and it couldn't be done," said Baldeschi.

Those are not words to be used around a man accustomed to facing problems and finding creative solutions.

"The 120 acres of pastureland we started with was all Bermuda. Now about half of that is in grain and bean production, and the other half is growing alfalfa. Slowly the Bermuda has lost ground, and that is just one of our many success stories."

The fertile valley has seen more than just farm fields appear; it has welcomed a united community that has grown from 20 stalwarts to 120 members that make the alternative progressive farm function.

"Small family farms don't always have the help needed, but our team here, aided by visitors and volunteers, works," said Baldeschi. "The concept of an ecovillage is that it becomes a home, designed by need and purpose, not just a living space, but a place you want to be. And all of us work in some way in agriculture. You could say the main message is, 'Everybody can become a gardener,' because here, everybody is."

Two days a week they have a Hands in the Soil program open to the public welcoming people to come in at any skill level and work.

The agricultural operation continues to expand with a current 7-acre vegetable garden that grows bigger by about 1 acre each year. Adjacent to the plots where 70 or more types of vegetables are grown throughout the year is what Baldeschi calls a "food forest" consisting of 250 fruit trees interspersed with more than 100 types of legumes and a growing number of herbs — irrigated by re-directed rainwater runoff (they had 17 inches of rainfall last year).

Baldeschi comes from a European background redolent with small farms and vineyards and says flatly that the large-scale fruit tree monoculture in this country isn't the right approach.

"It doesn't take rocket scientists to understand that orchard monoculture isn't sustainable. We intermingle our three acres with over 200 fruit trees along with rows of grapes and berries. You create different shade zones so the plants get less sun scald and more humidity. You create your own microclimate, and in the center we plant a strip of perennial flowers that attract the pollinators to do their job. A food forest environment needs to be as wild as possible — you tame it to your desired food production, but you keep it wild in nature with dense, overgrown habitat that doesn't interfere with nature's organisms. It does its own thing because the only taming we do is planting the types of crops we want."

Nature is sometimes fickle and feckless in southern Arizona. Rain can come in too fast and furious and sometimes not at all. Sunshine is abundant, but sometimes takes awhile to warm things up with nighttime freezes all the way from September thru early to mid May.

"The desert gives up more than the traditional four seasons; it changes monthly," said Baldeschi. "We go from zero degrees up to 120 degrees — those are the extremes we work with. It's hard to figure out a game plan with those variables, lots of trial and error because no books can tell you what to do in situations like that."

"It's not about who to blame, but how to adapt, and adaptation isn't a bad system because it keeps things new and interesting. All farmers, the down-to-earth ones, know that change is inevitable, ergo, are we going to make it this year or not?"

Avalon Gardens' staffers respond to the issue of gardening and farming uncertainty by noting in their newsletter: "We decide to experiment with early plantings (and also to be cautious at the same time) by not putting all our eggs in one basket. We transplant some covered crops like tomatoes, squash and cucumbers, but also keep some already-planted produce in our unheated greenhouses."

Baldeschi calls it "commonsense agriculture" when he refers to the Deep Greenhouse, a 4-foot-deep 36-foot x 90-foot subterranean plot that helps respond to the changing climate.

"Creating a microclimate is the key, and the whole idea of going 4 feet down is to utilize the earth's natural heating and cooling system. In summer it's cooler because heat rises — so there's no need for fans or swamp coolers. When there's frost outside, the earth itself is your heater, radiating from the soil all night long. Our vertical walls are bermed with rocks, resulting in slow-release heat storage. We're trying to create something sustainable so we won't need any kind of electrical input. We're also doing something we haven't seen anyone else try and that is building a solar system outside that can heat up a circulating water tank."

"It's not really been done like this before," said Baldeschi.

And while they're shedding light on new ideas, they're also keeping some things in the dark by starting to grow their own oyster mushrooms in straw bales. With the recent arrival of a seed cleaning machine, they've been able to eliminate the hand shaking and sifting, and a seed-saver exchange program or commercial seed production could be in the future. The next step will be a mill to grind their own wheat.

"Heritage grains and beans along with sunflowers and oilseeds is the direction we're headed in for our big pastures," said Baldeschi. "We want to grow more of those varieties that have proven their heartiness in this region, varieties we want to keep alive because they're not commercially produced. As we strive to become self-sufficient in grains and legumes and oils, we've helped spawn a movement of heritage grains in some other local farms."

"We plan to add another 10 acres of legumes and oilseed crops, so we're definitely expanding in that area."

The wheat fields serve as a grazing pasture for about 100 goats, (suppliers of milk, cheese, yogurt, kefir and meat) grazing that promotes wheat growth and a better yield.

"We let the goats and a couple of cows graze these lands twice before we grow out the wheat," said goat guru MassaSeen Francis, who deals with animal husbandry and maintaining the pastoral fields.

"We've found wheat integrates beautifully with our animal husbandry because in the winter the grain crops (20 acres of White Sonora,10 acres of Blue Beard Durum and 15 acres of Red Fife wheat) provide feed for the animals. Otherwise, we'd be spending an absurd amount of money for feed, so it works out well as forage for them and grazing that makes our crop grow quicker and brings us a higher yield, much like buffalo that used to graze the plains. The grazed plants produce more root matter and put more carbon back into the soil."

Francis says they haven't discovered a silver-bullet secret of success.

"This is nothing new, it's something that goes back centuries and is beneficial on multiple levels and all part of a cycle of successful sustainable growing that we urge others to copy. It comes down to the soil and taking care of it. We destroy our soil much too quickly, and it has to come back to this as much as possible."

Despite many of the traditional setbacks that farmers experience, Avalon Gardens' agronomists maintain a sense of optimism that they are on the right path.

"It's about cooperation, not competition," said Baldeschi. "If people put love into their efforts, what they get back is a whole different type of energy and a whole different type of food. Adding a spiritual component to the organic idea of biodynamic farming produces a different result. Loving hands help plants survive whether it's cold or hot or dry or flooded. It's the love that makes the difference."